A downloadable game for Windows, macOS, and Linux

In a world where everything seems to be ill and poisonous, a little spirit, Mirko, tries to restore his environment. Help him in his attempt to stop the contamination throughout little puzzles: use his ability to possess items (in order to repair some or to make news ones), or use his ability to possess living beings (in order to make specific actions and overcome obstacles).

There's some pretty art, but I had a few problems with the game:

- While floating as a ghost, it's possible to push the beaver into the river, where it's too far away for you to possess it again, effectively softlocking the game.

- The control scene the tutorial tells you about is incredibly awkward on American keyboards; the arrow keys are much easier to use, so it might be better to tell the players that it's an option.

- After crossing the river, releasing the boulder spawns you in the wrong location. If you use this too close to the bottom or left walls, it spawns you out of the game world, where you can't move anymore.

Hello! Thank you for the feedback!

Indeed it's quite buggy, and we were already aware of your first and third issue. Since the game was made for a game jam and mostly for the fun of it, we didn't take time to fix these issues afterwards.

Thank you for trying it out and taking time to notify us, we really appreciate :) 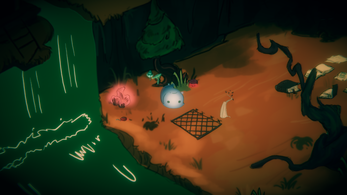 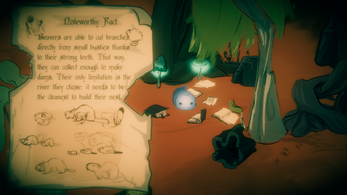 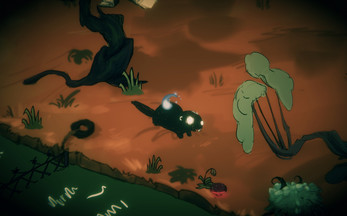